skip to main | skip to sidebar

{dirt 60631} is a pictorial journal of Yvonne's garden journey in a Zone 5, Chicago city lot.

After 27 inches of rain and two floods, the borders have held there own and are the lushest they've been in years.  The boxwoods have been trimmed twice and the Hosta Sieboldiana 'Elegans' could make an appearance in Little Shop of Horrors ... they're man eating size! 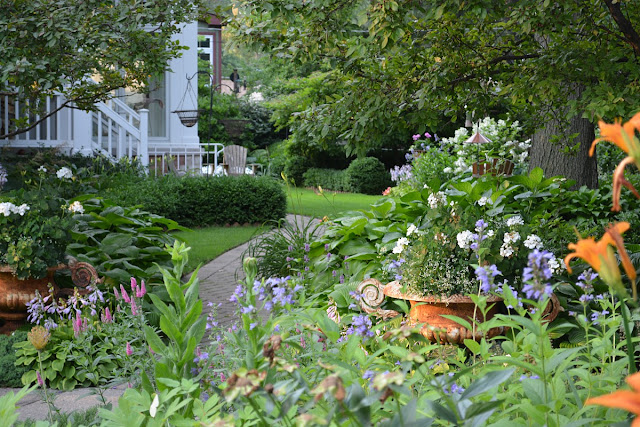 A view into the back garden from the street.  Antique garden urns found at a flea market frame the entrance with white geraniums. 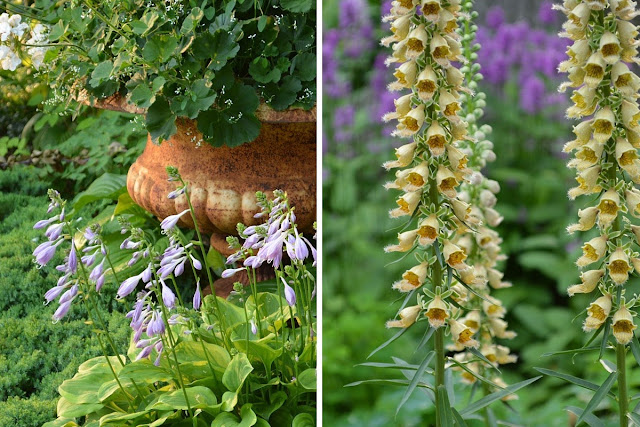 Left:  Hosta Golden Tiara in front of an antique garden planter.  Right:  Digitalis ferruginea in full bloom (one of my favorite summer flowers). 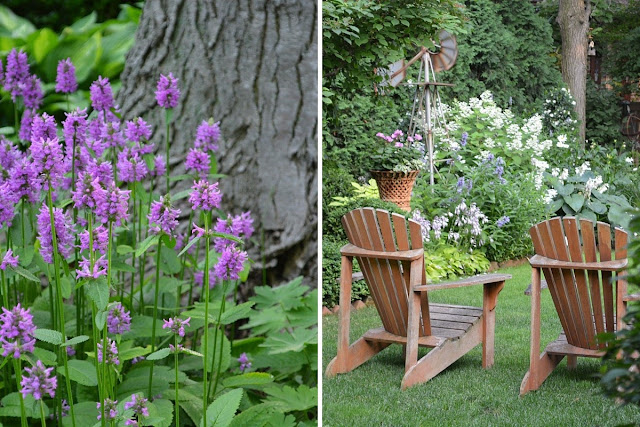 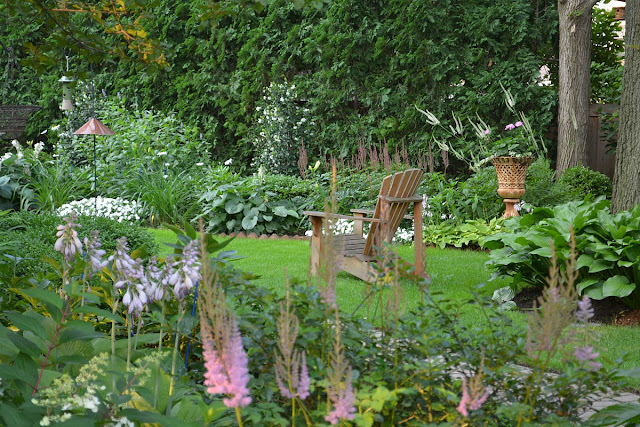 Arborvitea Nigra are the back drop for the East Border.  They've put on almost a foot of new growth.  In the foreground, astilbe, Krossa Regal Hostas, and more hydrangea are in bloom.

Email ThisBlogThis!Share to TwitterShare to FacebookShare to Pinterest
Labels: {dirt 60631}

Since 2001, Yvonne Estelle's has offered stylish design inspirations, luxurious home furnishing, fine linens, gifts, and more through our brick and mortar store and our online boutique.